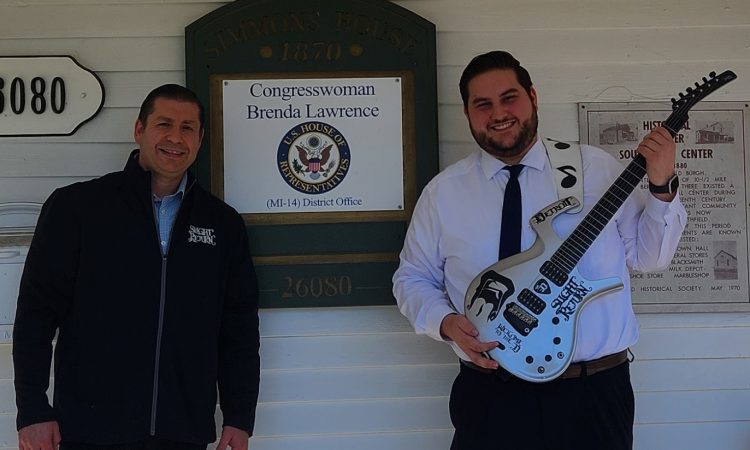 This past Thursday Mark Kassa represented the Nashville Chapter of the Recording Academy (Grammy Awards) for Advocacy.  He was joined by Lawrence Hancock and Howard Hertz from the Chicago Chapter.  The meeting went well with Senator Brenda Lawrence’s assistant Armend Topplari and was about proposals that effect music creators.  Mark was the team captain for the Nashville Chapter and the 3rd time he has been the Recording Academy Representative.  Of course, he had to bring along the Slight Return guitar. 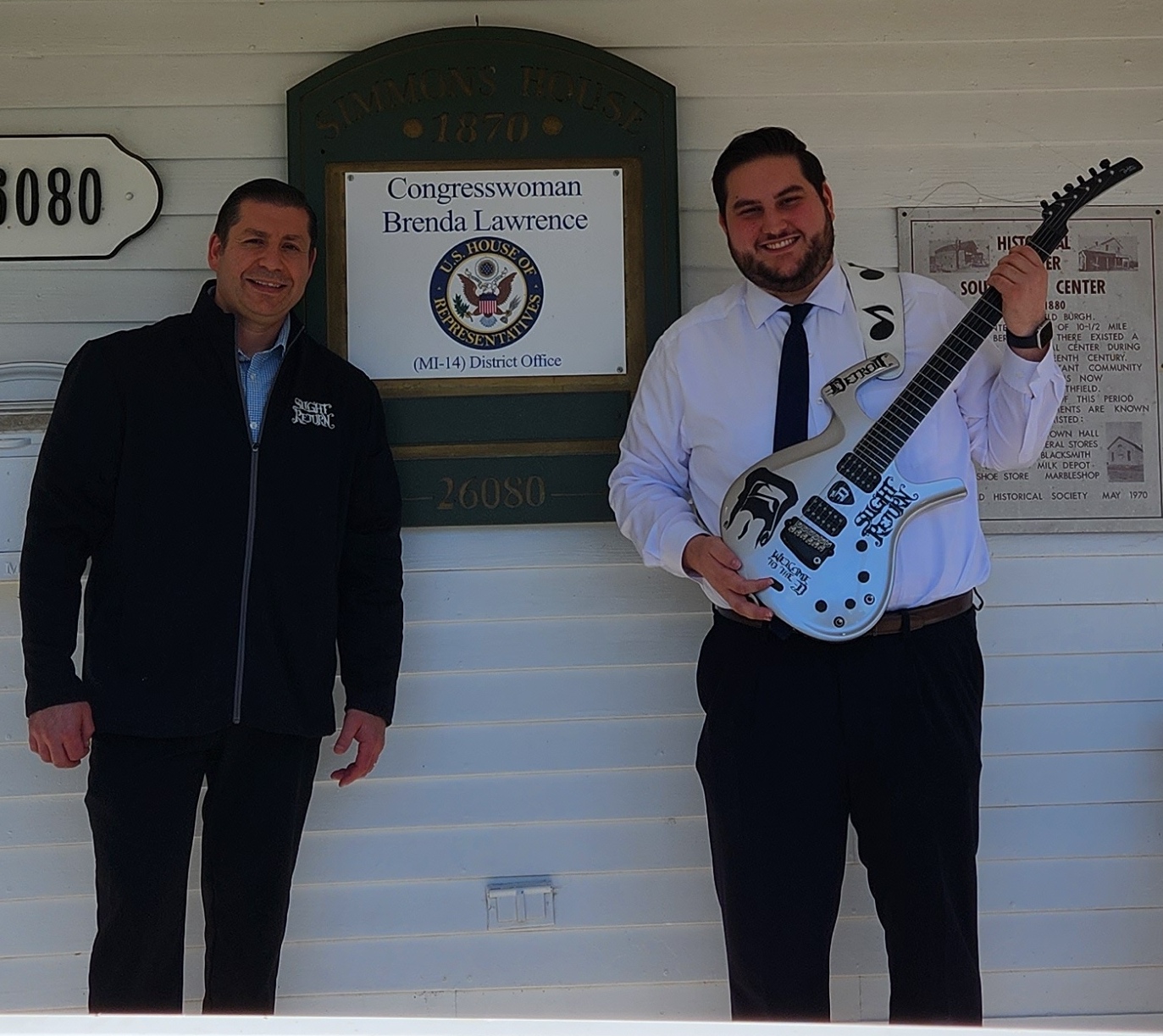 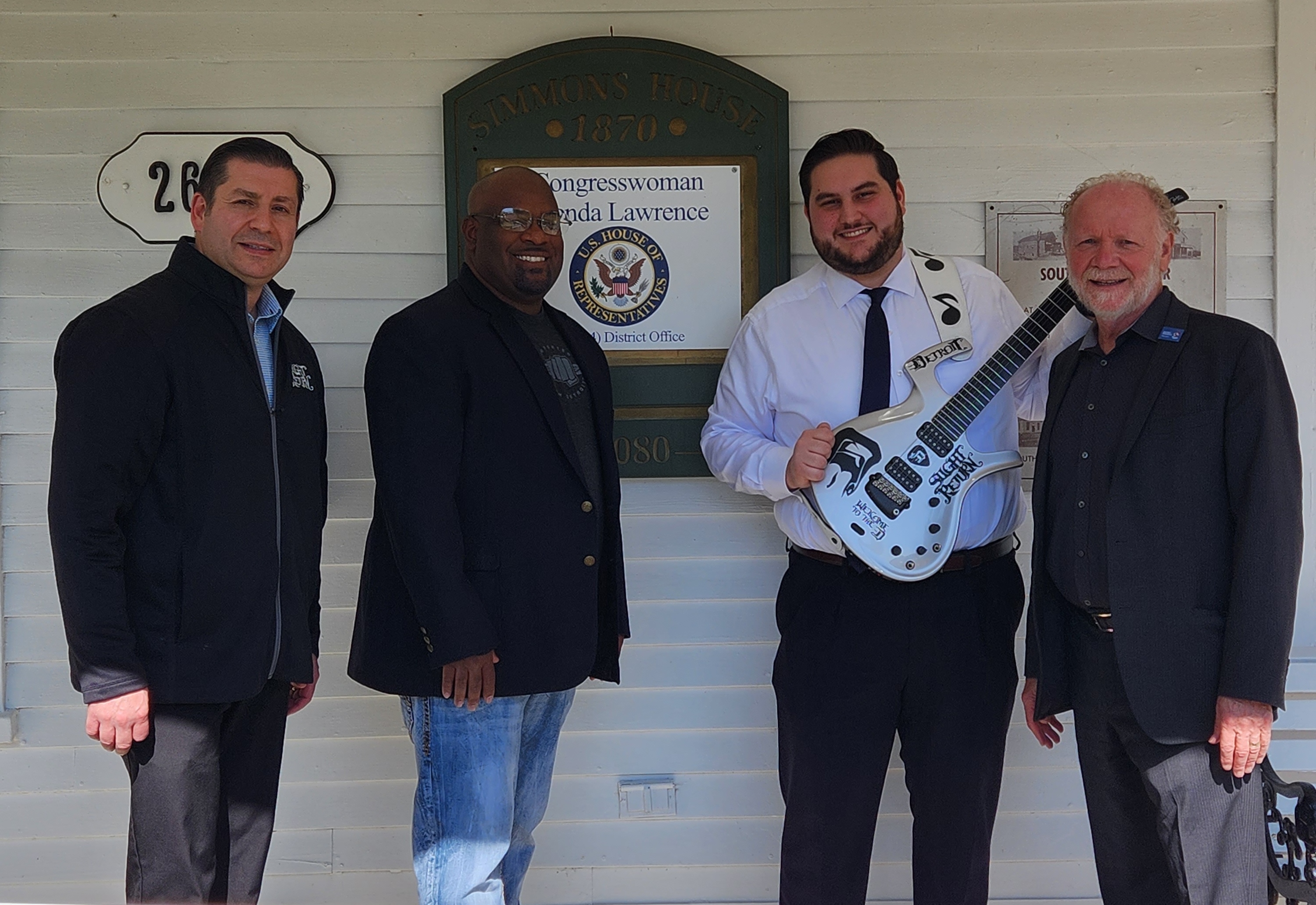