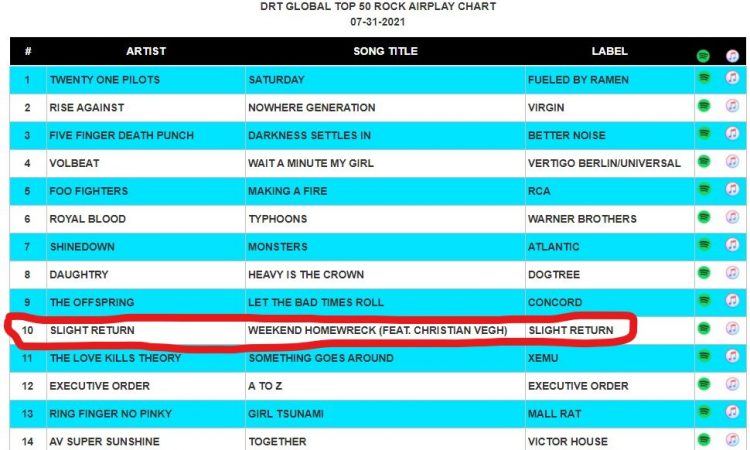 Slight Return’s “Weekend Homewreck” feat. Christian Vegh has been in the top 20 of the DRT Global Rock Charts for over 3 months (peaking at #10 for a month, #13 on the top 150 Indie artists for all genres and #79 on the top 200 for all genres). We’re thankful to have been in great company with bands like The Foo Fighters, Iron Maiden, Shinedown and more. Oddly, on the way down from the top 200, there was a week we were ahead of Cardi B, Harry Styles and Maroon 5

We just received our DRT Certified Plaques and are working on our 11th album that will be feature 11x Grammy Award Winner Tony Lindsay.
We have been Blessed to work with so many great artists and look forward to putting out more music!
Special thanks to Tom McDonough at Music Addict ,
Kathy Ruzan for the Slight Return band photo for the plaque
and Lauren Eppler for the artwork for the single.
Recorded at 54 sound with Steve Capp and Nick King
Mixed by Jack Endino Mastered by Chris Hanzsek
Guitar/Vocal- Christian Vegh, Guitar-@Mark Slight Return Kassa Drums Rafat Karmo Bass William B. Pope II Percussion – Tony Mitchell
#slightreturnusa #tonylindsay #christianvegh #digitalradiotracker 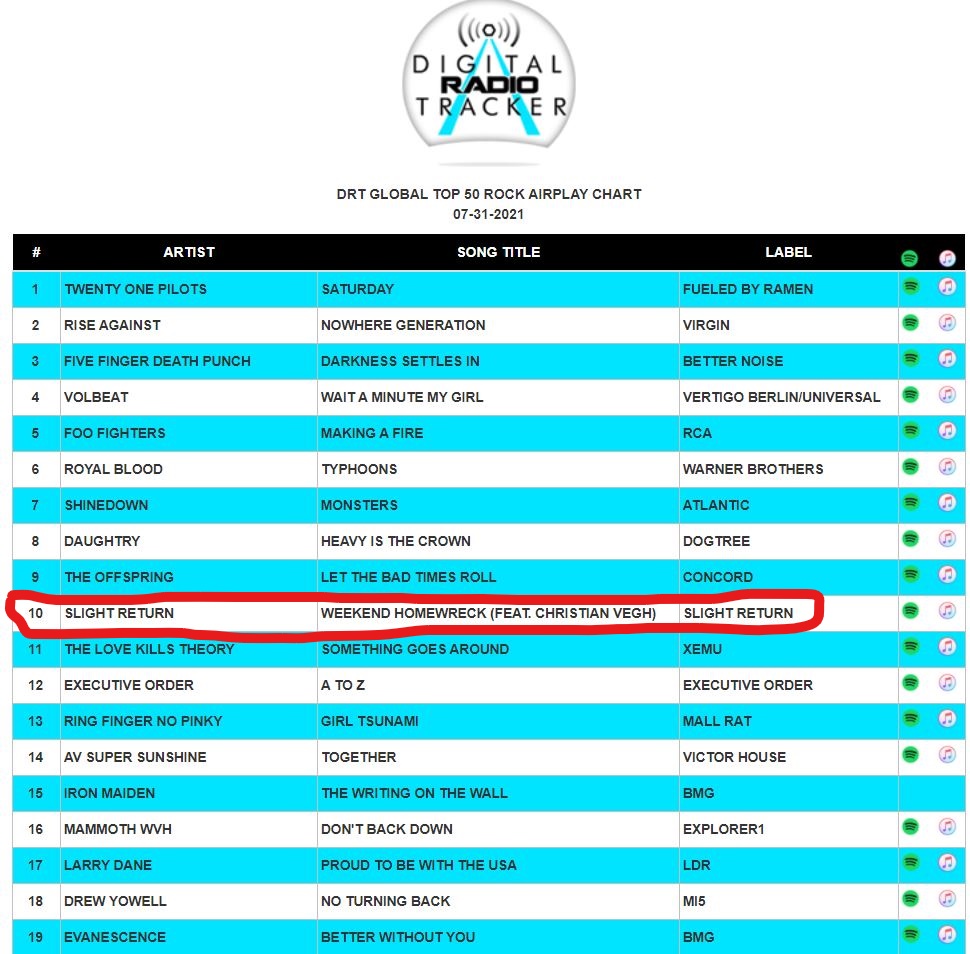 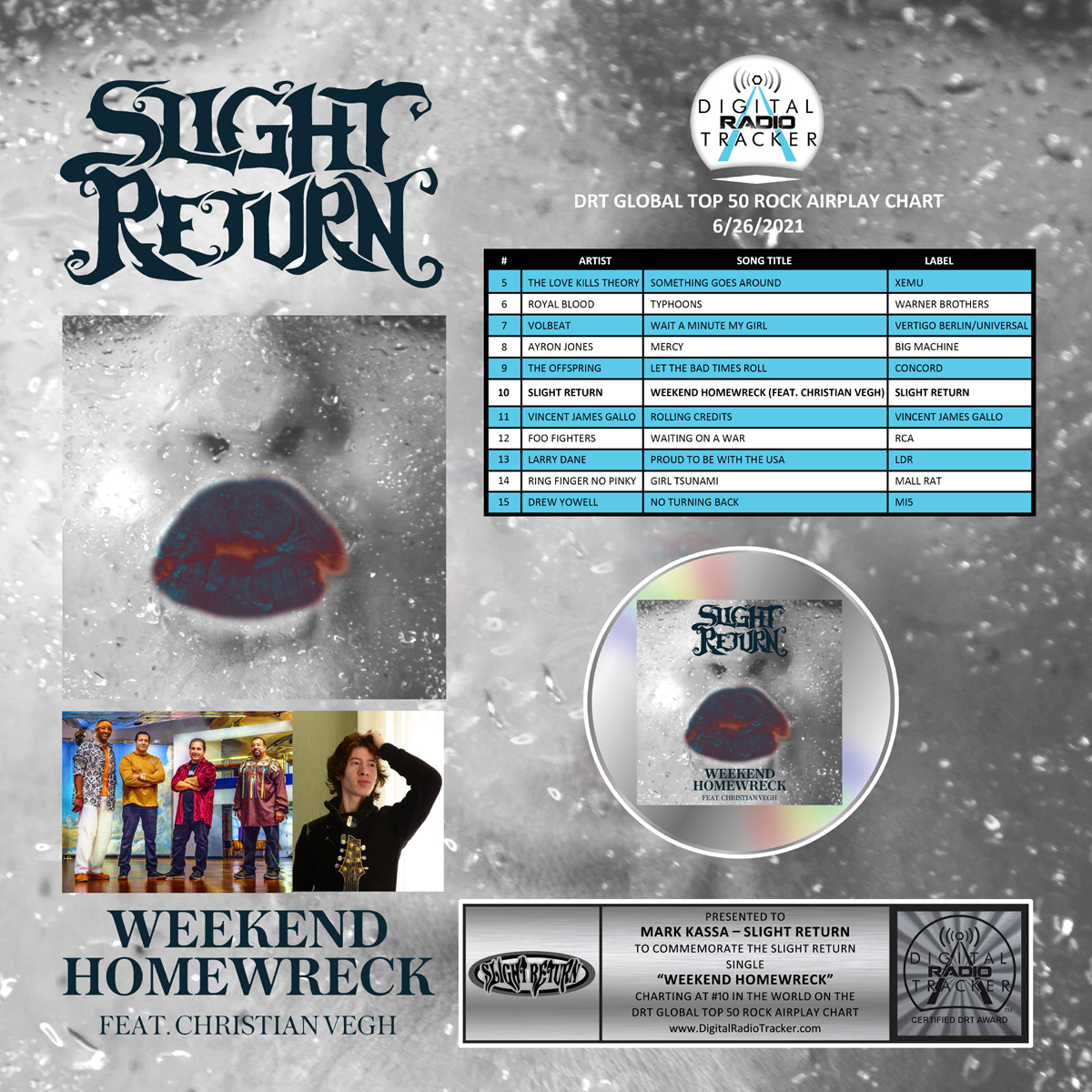 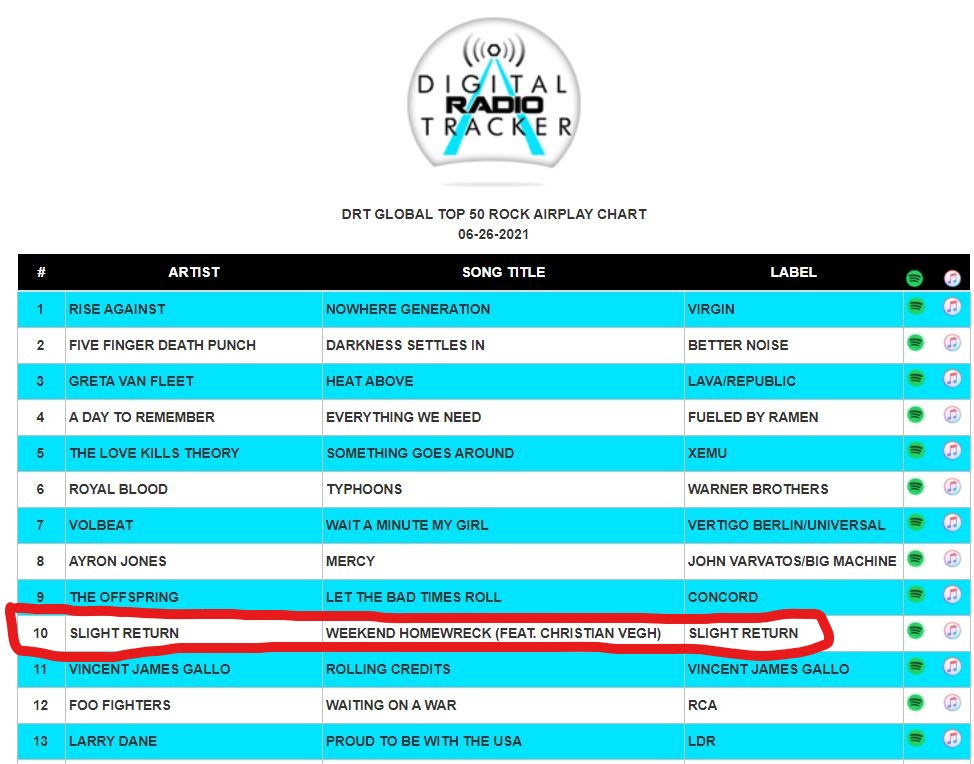 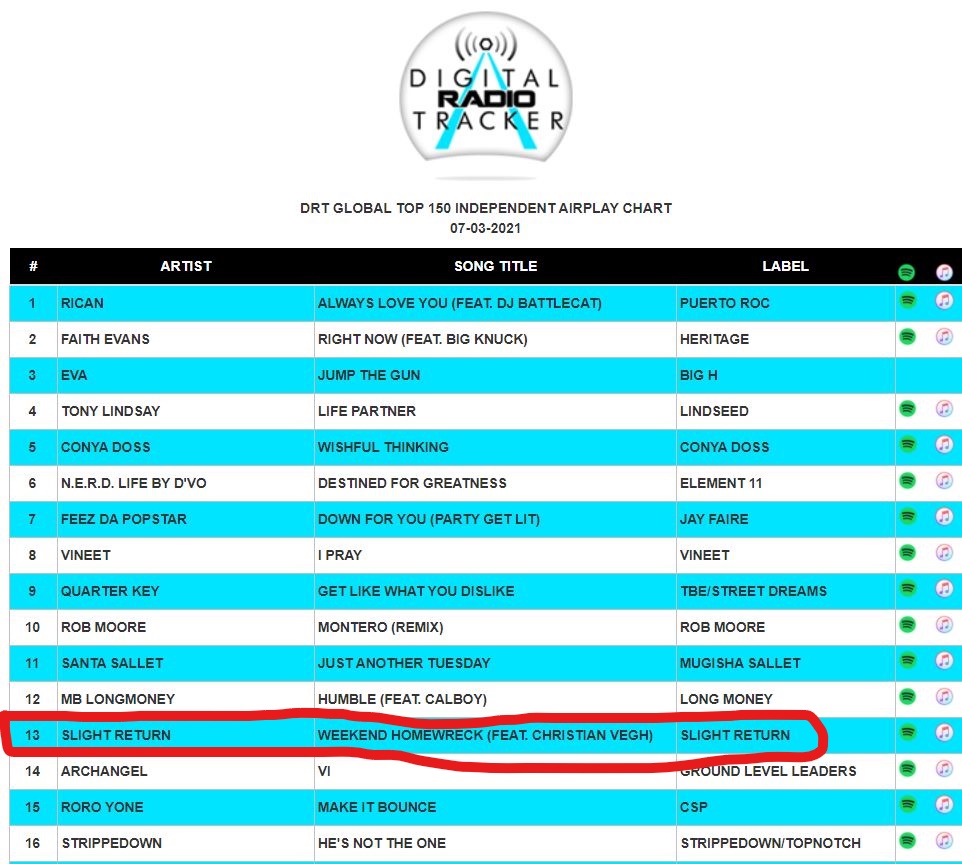 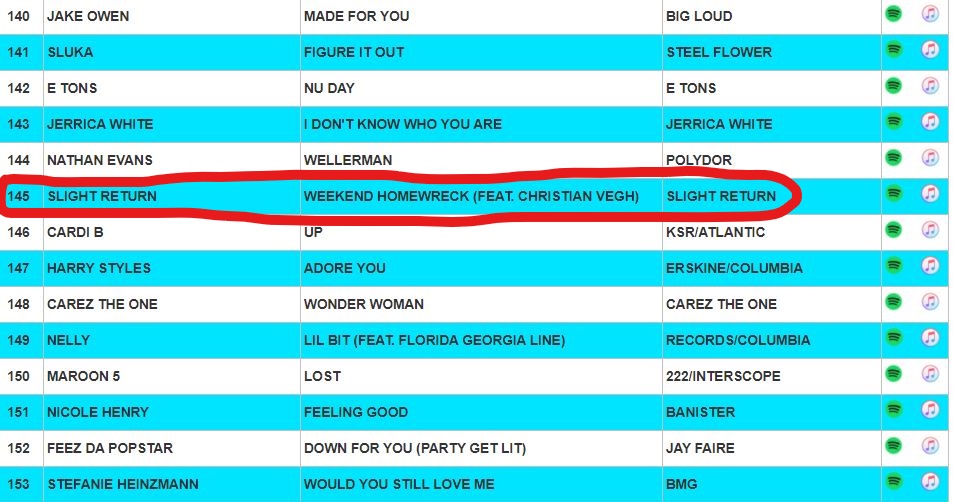