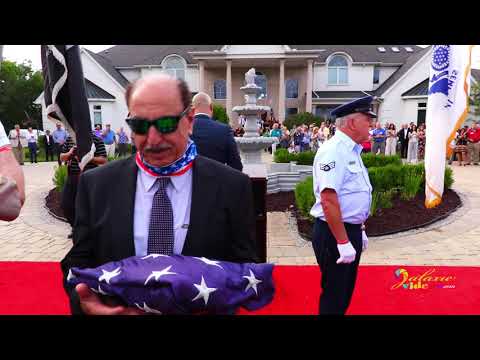 Sam & Ziad Kassab not only have hearts of gold but believe in helping others in need. This time it’s their annual fund-raiser for The Fallen and Wounded Soldiers Fund. Held at the beautiful Danny Kassab Estate in Rochester Hills. With a helicopter landing on the grounds delivering the guests of honor it was truly a sight to see! Slight Return’s “Hail the Heroes” song from the “Welcome to the D” album was the theme song for the event.  As the helicopter landed and the Generals exited onto the red carpet,  the band played “Hail the Heroes” honoring these American Heroes. Mark Kassa played the Star Spangled Banner during the military changing of the American Flag.   It was an honor performing at the event.