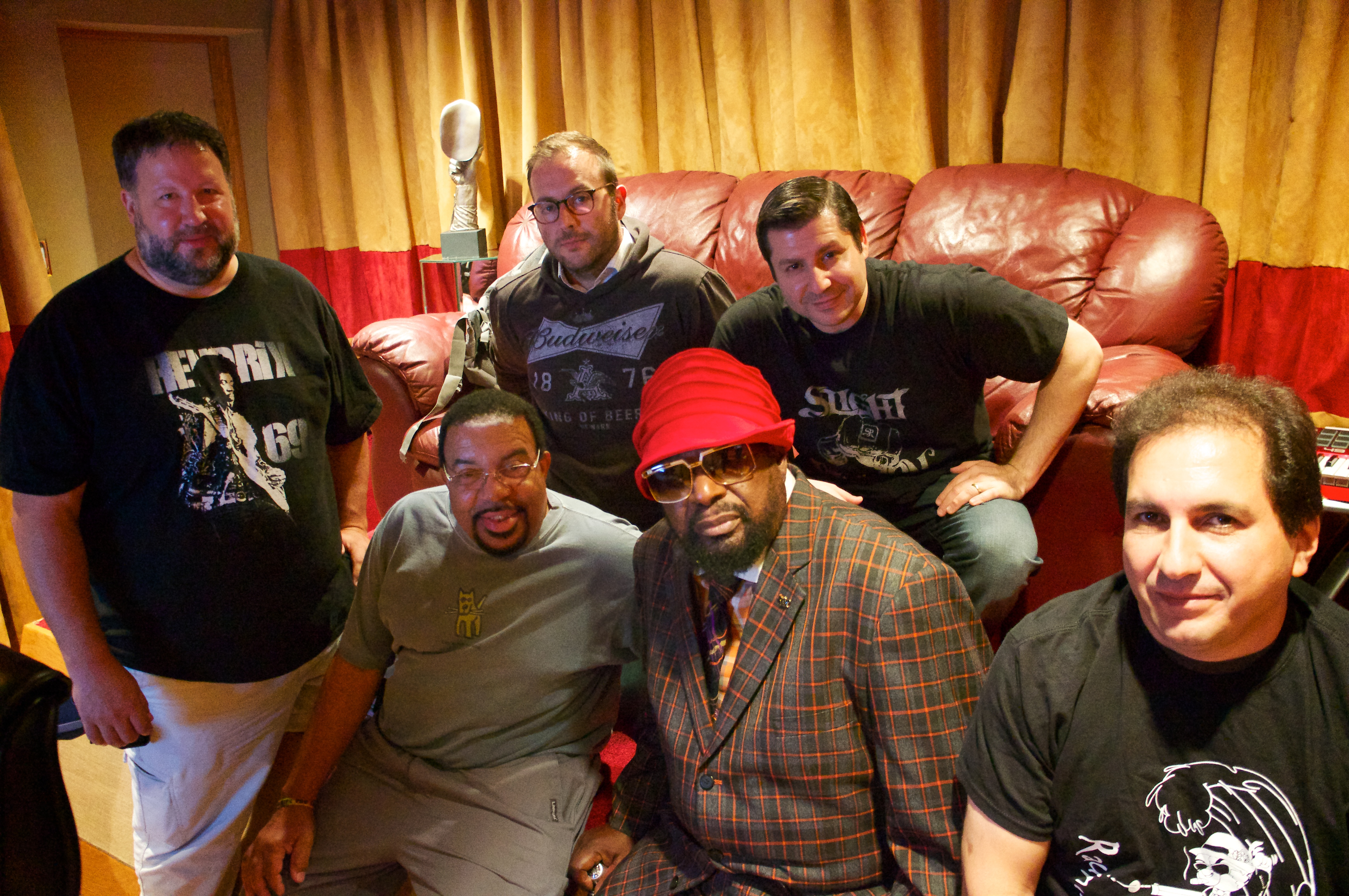 We also had a nice surprise in the studio–singer Pat Lewis (who has worked with George Clinton ,Stevie Wonder, Isaac Hayes, Aretha Franklin,etc,) stopped in just to say “hello” to George and ended up also singing on one of the songs. George Clinton and Pat are two of nicest peple you will ever meet! George went into full producer mode and made these tracks great.

A special thanks to our sound engineer “Cornbread” who did an excellent job. To top it off, after recording we were able to do an interview with George for our show “Welcome to the D”and were also lucky enough to record in the same studio the Chili Peppers recorded the “Freaky Styley” album.

Definitely a day we won’t forget. 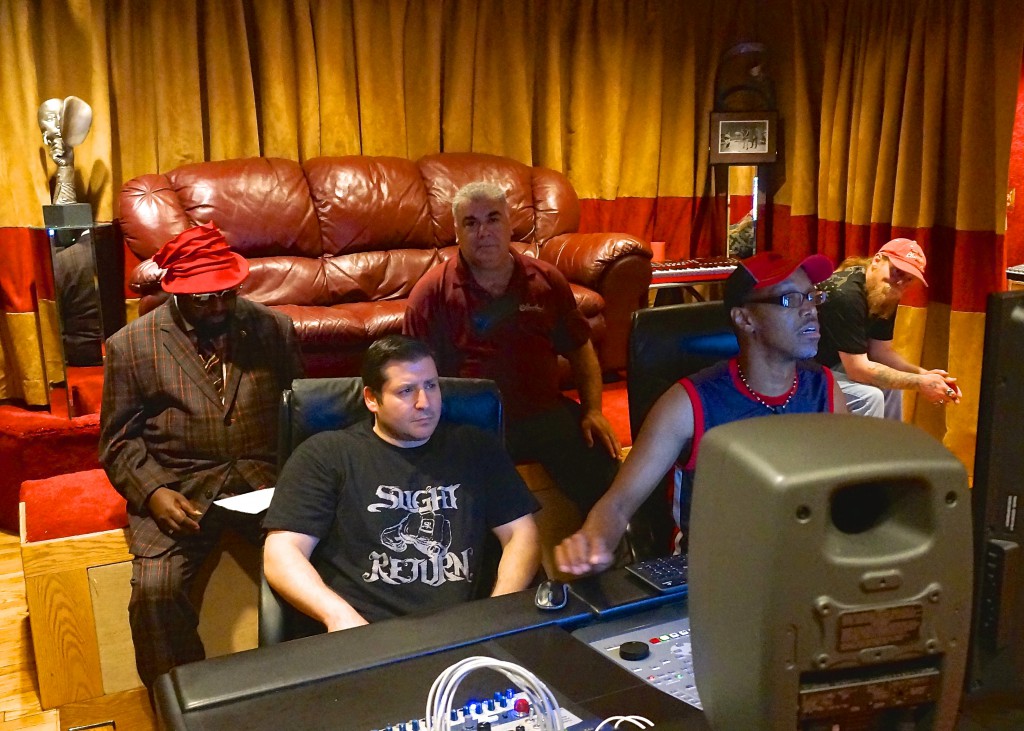 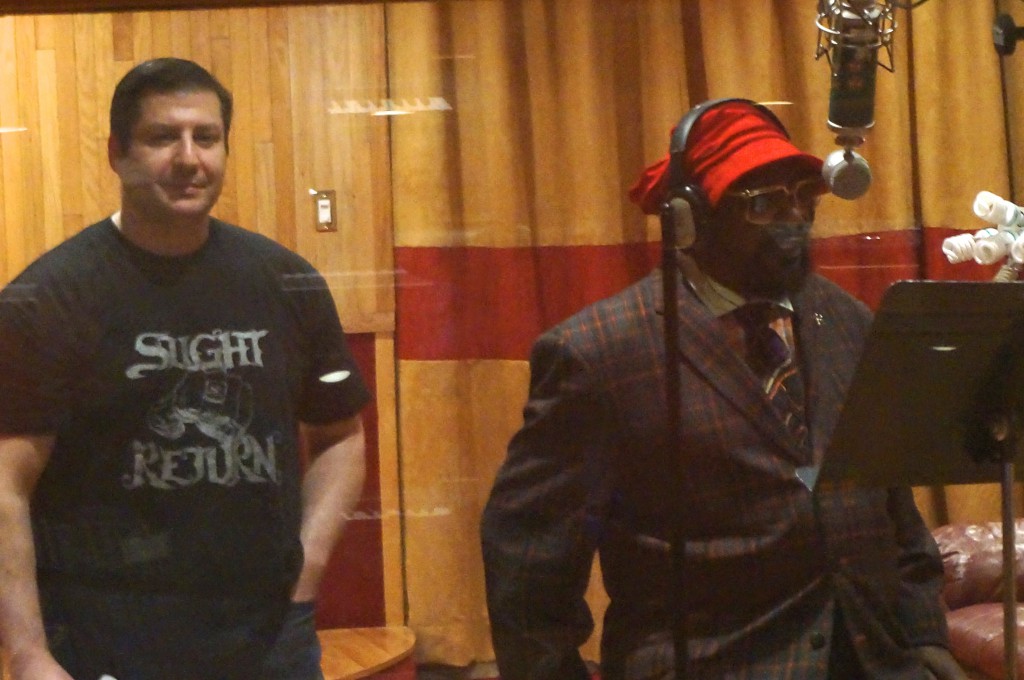 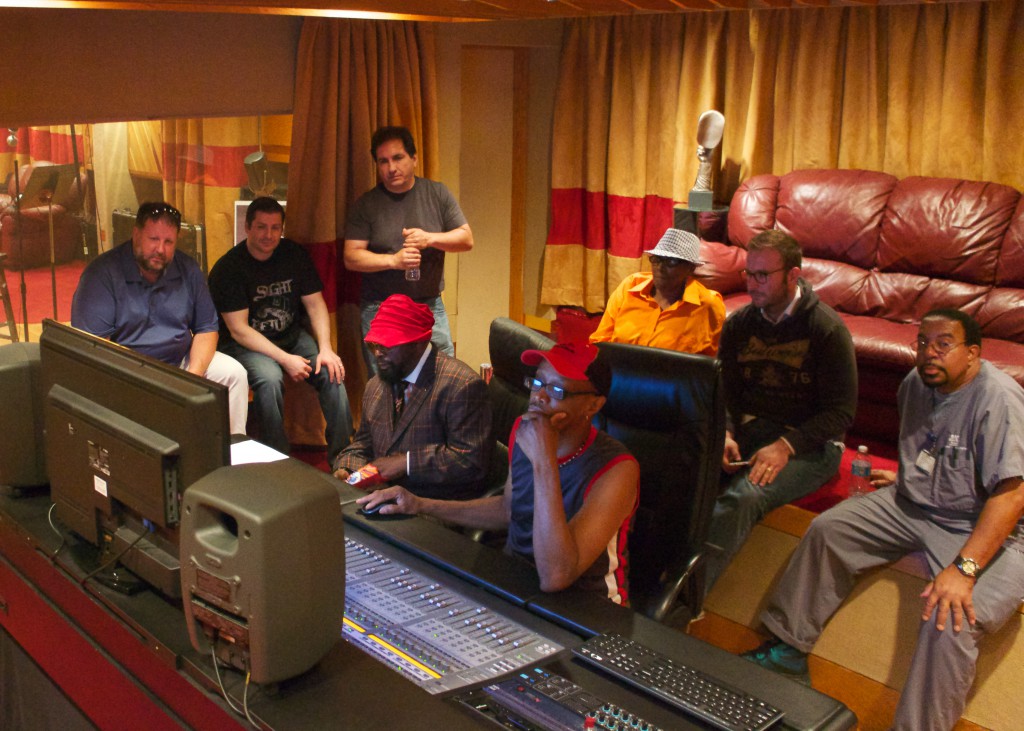 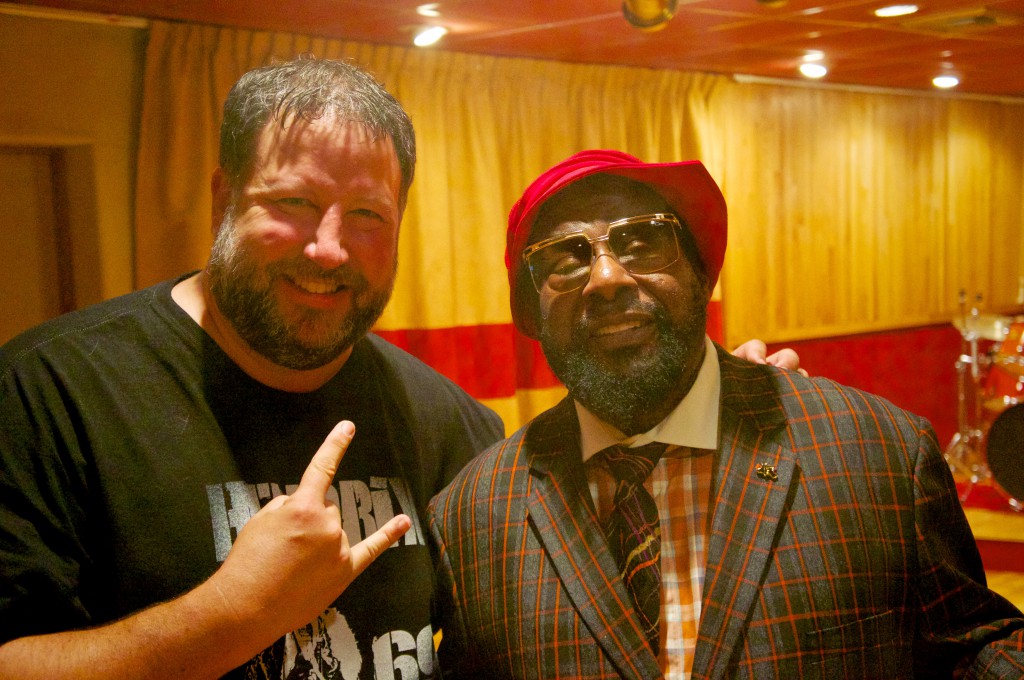 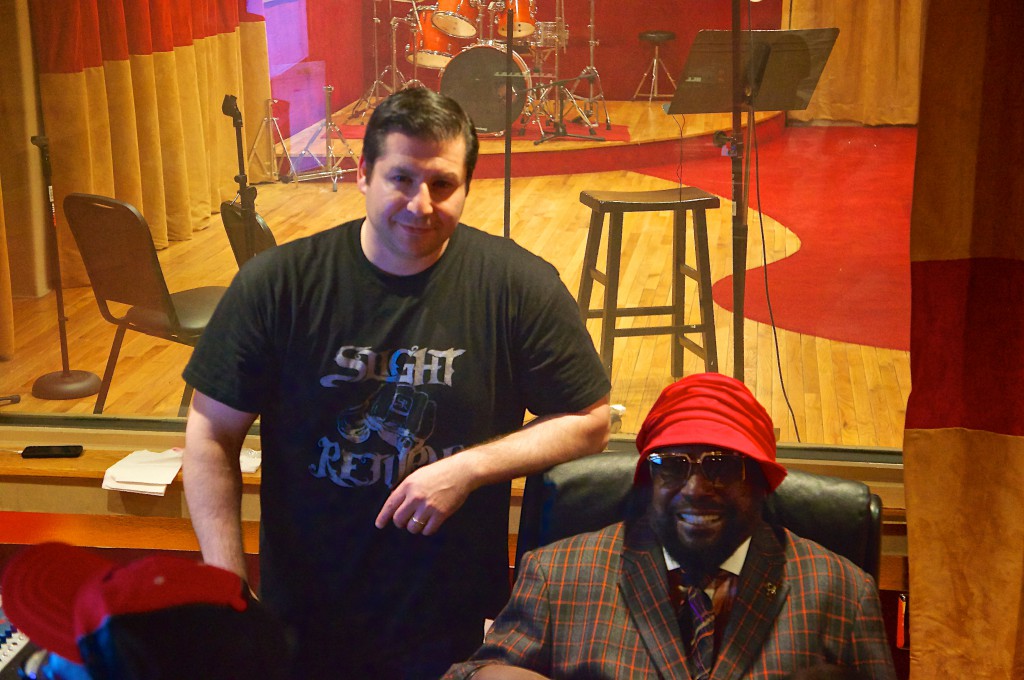 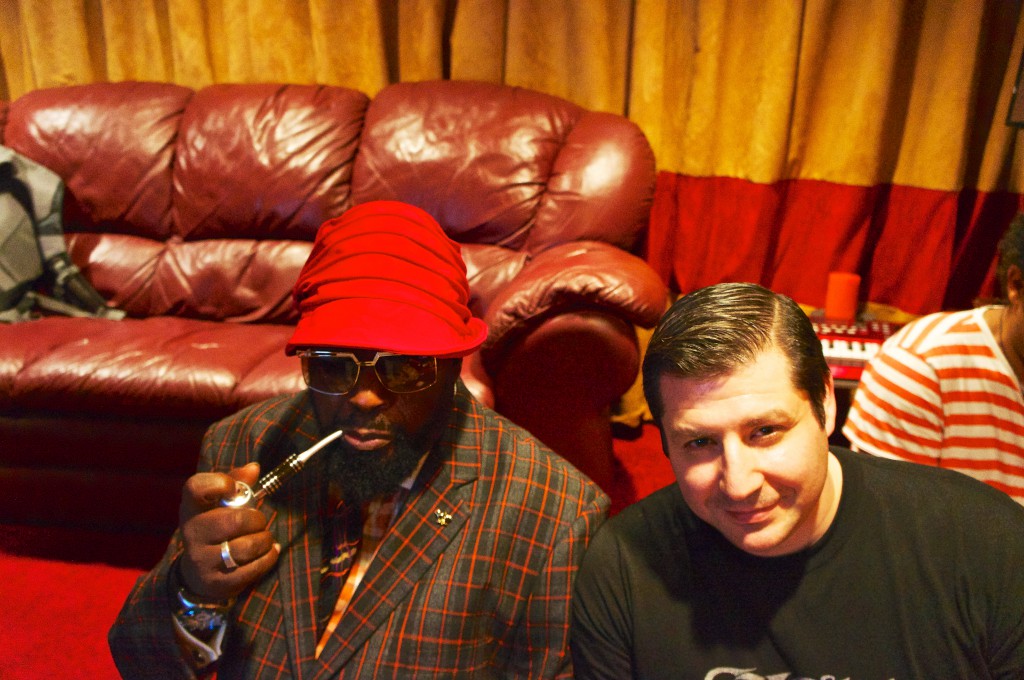 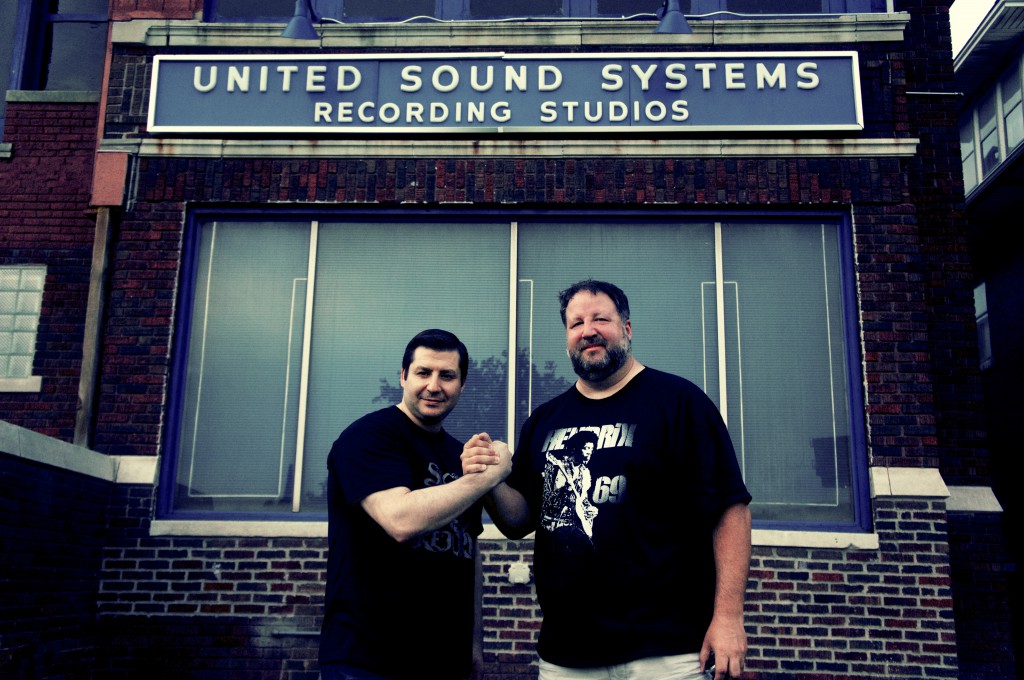